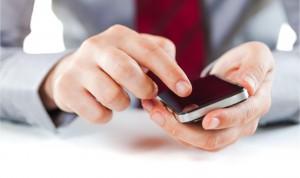 Steve Jobs didn’t want to build an app store.  As Walter Isaacson describes in his biography of Apple’s founder, the famously controlling Jobs was wary of the “bandwidth” needed to police a veritable army of third party developers.  At first, he wouldn’t even discuss it.

Yet eventually, even Jobs had to relent and the App store has become an enormous success.  Last year, developers reaped $15 billion on the platform.  In fact, third party apps have become so central to the iPhone, it’s hard to imagine it without them.  Increasingly, products are becoming platforms.

It’s become kind of a Joy’s Law for the networked era—the best resources and capabilities always lie somewhere else.  So unless you can pull in people outside your company to improve your product, you’re going to be at a distinct disadvantage.  Yet for all the talk about platforms, there’s little guidance about what makes them tick. Here’s what you need to know.

1. Bureaucracy Was The First Platform

Today, we see bureaucracy as a bad thing, something that’s oppressive and gums up the works, but it wasn’t always that way.  In fact, at one time it was a useful innovation to an emerging problem—the shift from cottage industries to large scale organizations.

In the early 20th century, the great sociologist Max Weber noted that the rise of mechanization and increase in scale would lead more a rational form of  organization. Jobs would be broken down into small, specific tasks and be governed by a system of hierarchy, authority and responsibility.

Platforms are essentially bureaucracies for the networked age and it’s important to see them in this way.  They are how we organise transactions—of money and information—and they can do it much more effectively than traditional methods.  Platforms, in other words, are not for style points, they perform a specific and important function.

Bureaucracies were effective because they vastly improved how we organized work.  They could efficiently move men and materiel from point a to point b, analyze markets, service customers, hire and pay employees, as well as serve a host of other functions that made enterprises work more smoothly and efficiently.

Yet today, our most important resources are often not the ones that reside within our organization, but those that we access from outside.  These, however, do not fit neatly into linear supply chains, but form ecosystems, which are essentially networks of networks. Platforms are how we access those ecosystems.

Take Apple’s App Store.  It is, of course, a highly effective way for Apple’s network of customers to access functionality on their phones, but also allows the firm to access the talents of literally millions of developers.  It’s hard to imagine a bureaucracy, no matter how efficient or well organized, pulling off that kind of scale.

These days, some of the most exciting new firms are essentially platforms—Xero in accounting, Kareo in healthcare, Tidemark in ERP software, Elance in recruiting, Wink in smart homes, the list goes on.  In a networked world, the surest path to success is not acquiring and controlling assets, but widening and deepening connections.

Platforms are how we do that.

3. The Best Platforms Are Hackable

Platforms thrive on attraction rather than coercion, which is why the best platforms invite participation.  Open source platforms, such as Linux and Wikipedia, are able to access impressive ecosystems of talent because they imbue a sense of ownership among their respective communities,

The fact that these contributors are not paid shows just how powerful the ownership effect is.  Unlike bureaucracies, modern platforms don’t seem oppressive because people feel that they can create change within them.  This helps platforms to evolve and grow much more effectively than earlier forms of organization.

A particularly interesting case is that of Bitcoin, which uses a technology called blockchains  to create a platform to facilitate transactions, far more efficiently and securely than traditional financial institutions can.  The technology will also allow for programmable money, in the form of smart contracts and escrow accounts that can be designed on a mobile phone.

Incidentally, platforms don’t need to be technological.  Harley Owners Groups (HOGs) allow its ecosystem of consumers to connect with its ecosystem of marketers, engineers and designers.  The company gets valuable insights and its customers get to participate in the development of their favorite brand.

For most of the past 50 years, big box merchants and department stores dominated the retail market.  With massive purchasing power, wide selection and enviable real estate locations, they determined in large part what we bought and sold.  Yet these post war behemoths now struggle to keep up with the likes of Amazon and eBay.

It’s tempting to see this as traditional old dinosaurs that have failed to implement new technology, but there’s more to it than that.  EBay is, of course, not a store, but an auction platform.  Amazon does run a retail business, but that’s not where it makes money.  Most of its profits come from Amazon Prime and third party sellers—in other words, from its platform.

Take a wider look and you’ll see that this is indicative a broader trend, power is shifting from corporations to platforms, because it is no longer control of assets and resources that determines capability, but access to ecosystems, and platforms are how we do that.

And that means we need to change how we think about how we build a business and compete.  Rather than driving efficiencies through value chains in order to gain competitive advantage, now we must manage networks of connections.  Power no longer resides at the top of the heap, but at the center of the network; that is in platforms.