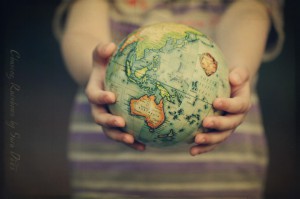 Inspired by Dean Takahashi’s August 2014 post entitled, “It’s an interconnected gaming world”, I recently wrote a piece examining the impact on the game industry of some of the globalizing technology forces Thomas Friedman described in “The World is Flat.”

I described how these technological “flatteners” eliminated the friction in a global game distribution environment oriented around the movement of physical products, allowing game developers from anywhere to reach game players everywhere in the world with nominal cost. I predicted that this globally flat environment — almost fully realized in today’s smartphone ecosystem — would result in an eventual erosion of regional tastes in games and a unification of the global top-grossing charts. In this world, the winners will come from all over the world and they’ll be bigger than ever.

But what new challenges will this landscape introduce for game-makers? By now, we’ve all heard that the majority of revenue generated in the app stores comes from games — about 80 percent globally, according to Distimo. An even higher percentage of revenue comes from free apps with in-app purchases, which means free-to-play games drive most of the revenue on app stores globally.

This share will continue to increase. The game-playing world is growing rapidly, and that growth is driven by massive emerging markets like India, where smartphone subscriptions grew a remarkable 55 percent in 2013. Like in China, these markets and the game-players in them, are not undergoing a transition from the packaged goods, premium pricing model as we have in the west. By and large, the only business model they’ve known for games is free-to-play. The global future of games is most certainly free-to-play, and that means game businesses are service businesses.

Creating a great game product requires craftsmanship, inspiration, insight, passion, great mobile application development and web application development services and more. A successful game service requires all of those things combined with the kind of endurance and consumer-orientedness most readily associated with companies like Zappos or Disney World Resorts. Game service companies need to ask themselves, “How will I surprise and delight my players today?” And they need to ask themselves that every day, for months and years on end. Answering that question successfully and at global scale is no small challenge.

In the emerging global mobile landscape, the most successful games will be played globally, but will be serviced locally. The more locally-targeted you make your online and offline marketing, the more effective it is. Game communities need to be cultivated locally, both online and offline, driving regional word-of-mouth growth and socially-motivated retention. In-game events and content need to reference and build upon the cadence of real life. For example, a Fourth of July event is worse than irrelevant to users outside of the U.S. —  it tells those users implicitly that your game is not for them. As Friedman said, “Goods are traded, but services are consumed and produced in the same place.” Games are both — the game mechanics and systems are the product, but the magic created in and around those systems are the service.

Keeping your servers available and responding to customer service complaints within 48 hours for a global audience is a challenge, but a solvable one. There are a number of ways to minimize those cost centers if the goal is simply keeping a product functional. To create a service experience in-line with the passion that players feel about the games they love, it requires infrastructure locally, primarily people for whom their market is the most important market in the world. Investing in building out that kind of global operations capacity is specialized, logistically-intensive, expensive… and not necessarily what many game-makers want to spend their time focused on.

If you consider the growth of the packaged goods game business, a comparison could be made to retail distribution. It was specialized, capital-intensive, and decidedly unsexy for most game-makers. And yet it was absolutely required if you had any intention of reaching your audience. The companies that solved that problem and provided that service to other game-makers were able to build on that foundation to become the EA’s of the world. Publishing 1.0. Companies will emerge over the next three years that invest in solving the challenge of global service operations. What will Publishing 2.0 look like? It will be service-based, founded on the ability to operate games at a level of service that rivals the most admired service businesses in the world.