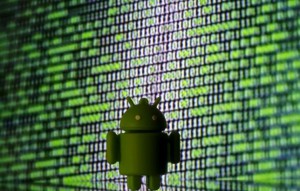 Google launched a program to train 2 million developers in India for its – mobile application development-  Android platform as its fires up a race with Apple Inc. for the country’s developers to create innovative mobile apps.
The Android Skilling program will be introduced for free across hundreds of public and private universities and training schools through a specially designed, in-person program this year. The program would also be available through the government’s National Skills Development Corporation of India, the company said in a statement.
India is expected to have the largest developer population with 4 million people by 2018, overtaking the U.S., but only a quarter are building for mobile, said Caesar Sengupta, vice president of product management at Google.
“We believe India is uniquely placed to innovate and shape the internet experience of billions of users who are and will come online on the mobile platform,” he said in the statement.
Google plans to make the curriculum accessible to millions for free to help make India a global leader in Vietnam mobile  application development.
“We are hoping to get in about 2,000 different universities, training about 4,000 faculty to reach in excess of 250,000 students in these universities every year,” Peter Lubbers, head of developer trading at Google, said in New Delhi.
While Google’s program could be the largest of its kind by sheer numbers, Apple too has been engaging with Indian developers.
In May, during Chief Executive Officer Tim Cook’s first official visit, Apple announced it would open a development accelerator in the country’s technology hub, Bangalore, to provide specialized support to iOS app developers. The new facility would give development access to tools to create innovative apps for customers around the world, he said.
“By fighting for these developers, Apple and Google are showing how serious they are about the Indian market,” Ankit Jain, assistant vice president product at website application development and  mobile app market analytics provider SimilarWeb, wrote in an e-mail.