Software development is a dynamic field. New and in-demand programming languages, frameworks and technologies can emerge, rise to fame, and then fade away in the course of a few years. Developers need to constantly be learning new skills to stay relevant.

Here are the top 5 programming languages the S3Corp team recommends for 2018, alongside the most compelling reasons why you should learn them. 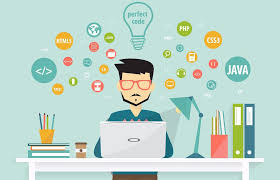 With the increasing demand for Android apps and Android developers, Java has gained huge traction. In addition to Android apps, Java is also used in a lot of web applications, further justifying its popularity.

Python grew in popularity by about 5,000 job postings over 2017 (Indeed.com). It is a general-purpose programming language used for web development and as a support language for software developers. It’s also widely used in scientific computing, data mining and machine learning. The continued growth and demand for machine learning developers may be driving the popularity of Python.

An extension of the old-school “C” programming language, C++ is usually used for system/application software, game development, drivers, client-server applications and embedded firmware. Many programmers find C++ complex and more difficult to learn and use than languages like Python or JavaScript, but it remains in use in many legacy systems at large enterprises.

As gaming industry is swapped with the C# features and this language has few really cool features. But, according to other programming languages, C# has gradually decreased. But, future of C# is very bright and positioning it in your resume will definitely help you in 2018.

Not to be confused with Java, JavaScript is an essential for any future web designer. JavaScript is the language that allows you to control what items on a page do. There are many frameworks for JavaScript too, which streamlines the coding process. AgularJS, ReactJS and EmberJS are popular frameworks to consider.