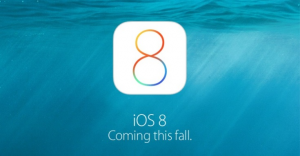 We were all anxiously awaiting Apple’s official iPhone 6 and iOS 8 launch announcements this week. As usual, the rumors have been leaking  about the alleged functionalities surfacing on a daily basis.

After sifting through the clutter and more than 4000 new APIs, here are my top highlights for enterprise developers in the Mobile Application Development field:

App extensions will make it easier to add common tasks such as Photo Editing, storage choices and cloud storage access, custom keyboards and social sharing apps. Of course, this will save development time, but it will also further standardize the user experience instantly making the app more appealing to users expecting the same experience from their consumer apps.

Apple’s new kits have received the lion’s share of coverage across consumer and tech press, and for good reason. They’re a game changer for users and developers alike. Here’s why:

Games get an overhaul

There’s something brewing in the vietnam Mobile Application Development industry on this topic. Just last week, Amazon acquired Twitch, a video platform and community for gamers. With the introduction of Metal, Apple improves graphics performance 10X bringing console-class 3D games to iOS. Developers will find ways to leverage these new capabilities and frameworks and adapt them to the increasingly visual enterprise.

Bloomberg News reported Sunday that Apple has lined up agreements with the major credit card companies MasterCard, Visa, and American Express. It sounds like they will launch a mobile payment system on Sept. 9, along with the company’s newest iPhone. Could we be looking at the final piece of the puzzle for a real mobile wallet?