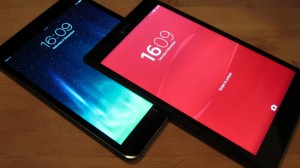 The latest edition of Opera’s regular ‘State Of Mobile Advertising’ report was released today. It shows a market where Android has overtaken iOS in terms of mobile advertising revenue, with Google’s OS taking 45.77% of the revenue on offer, against Apple’s platform taking 45.44%

The report uses numbers generated by Opera’s own mobile advertising network, so it is a limited sample which should be taken into consideration but the long-term trend points to the slow rise of Android’s revenue. It’s also worth noting that in the majority of handsets Opera needs to be installed by the user no matter the mobile platform, so there’s no inherent bias to one system or the other.

The volume of handsets on the market does play a large part in this equation. With significantly more Android devices in the space than iOS devices, even though Android is now leading in revenue the monetization rates are lower on Google’s operating system. Volume helps to make up the difference between the two platforms. Android accounts for 65.1% of traffic and 45.77% of revenue, compared to iOS taking 22.34% of traffic and 45.44% of revenue. 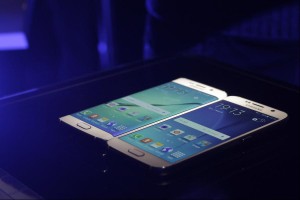 For developers on other platforms relying on mobile advertising, even allowing for a margin of error in Opera’s numbers the ‘Others’ category offers just 6.46% of traffic and 5.48% of revenue.

Apple’s value offer to developers has always been a tightly focussed ecosystem that makes it easier to reach the users who are willing to spend money (or time) in mobile applications, and these users were more valuable than Android

The question for developers and those in Viet Nam Software services to consider is if they should chan ge the platforms they address, to switch from one to another, or to focus more efforts on Android. I doubt there’s a definitive answer here. Much will depend on the application and the user-base it has. Consideration should also be made by iOS developers to the increased support requirements for the various flavors of Android devices on the market to decide if now is the time to be jumping ship to follow the coarse revenue numbers.

What is clear is that Opera’s numbers show that a tipping point has been reached in the Norwegian’s advertising platform, and that trend will likely be repeating itself across the various monetization services. Both sides of the decision are finely balanced, so it is probably best to stick with what you know at the moment until there is a definite swing to one side or the other. When that swing does happen it looks likely to be in Android’s favour for mass market mobile application development.