Home / Enterprise / 9 Reasons People Love to Work With You 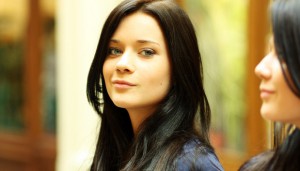 Some people are a pain to be around. Most are okay. But occasionally we find someone we love to work with.

1. They make us feel even smarter than we are.

You know the type. An employee, a colleague, a vendor…someone has an idea. It’s a good idea. It’s a great idea. Now it’s his idea.

Do it once and people narrow their eyes. Do it twice and resentment simmers. Do it three times and that’s the last time anyone ever shares any ideas with you.

The people we love to work with with have a knack for doing the opposite: they make their ideas feel like our ideas. When that happens we all work harder. We all work with a greater sense of purpose. We all feel a greater like we’re part of something bigger.

And we’re all more likely to succeed.

2. They never find something to take personally.

The people we hate to work with see themselves as the center of their own universe, at the center of every story they tell–and the victim of every unfortunate or negative event.

An employee misses work because he’s badly injured? Forget him – look what a mess that makes of my staffing levels! A supplier has a baby and needs to reschedule an appointment? Forget her – doesn’t she know what that does to my schedule?

To those people,whatever happens to someone else — regardless of how unfortunate or even tragic–becomes trivial; what matters most is the effect that has on me.

The only things people we love to work with take personally are the things they can do to make life better for other people – because they feel a personal obligation to improve the lives of the people around them.

3. They always find a silver lining.

Victories, in business and life, are often few and far between. Achieving something awesome (or even just a tiny bit cool) takes time and effort, so reasons to celebrate can be rare.

The people we love to work with realize that every huge goal is accomplished one small step at a time and rightly feel every step is cause for celebration. They have a knack for finding the silver lining in every dark cloud because they know there isalways a silver lining — you just have to be willing to look.

And by looking, they spread a sense of optimism and enthusiasm – something that is often in short supply.

4. They never fail to share (or even give away) the credit.

People we hate to work with tend to be extremely political: they jockey, they maneuver, they plot, and they always try to make themselves look better in the eyes of others — especially at the expense of other people. (After all, if I look good andyou look bad, I’m that much farther ahead, right?)

The people we love to work with know the best glory is reflected glory. They step back from the spotlight. They let others take credits of hard work. They let others receive the praise for a job well done..

Most of all, they gain a private sense of fulfillment from seeing others receive public recognition  — because that means everyone wins.

5. They always think before they speak and act.

Ever seen someone speak or act without thinking — and forever revised your opinion of her? I have.

But they take a long time to think, reflect, and decide the best way to speak and act when problems arise or when mistakes are made. They know their words and actions will leave a lasting impact, so they do everything possible to get it right.

Even when everything around them seems to be going wrong.

6. They listen ten times more than they talk.

Interrupting isn’t just rude. When you interrupt someone what you’re really saying is, “I’m not listening to you so I can understand what you are saying; I’m only listening to find a place to jump in and say what I want say.”

The people we love to work with listen more than they talk. They focus on what others say. They ask questions not to seem smart but to better understand.

They make us feel wise and respected.

And we love them for it.

People we love to work with don’t care about external validation. They care about feeling good about themselves. The only validation they seek is what they find in the mirror.

Seeking self-worth inside themselves allows them to spend all their energyencouraging, recognizing, and validating other people – which makes them awesome to work with.

And also makes them awesome friends.

8. They never talk out of school.

Unfortunately, the people who gossip about other people are also gossiping aboutus… and suddenly the idea of gossip isn’t so much fun.

People we love to work with excuse themselves from gossip and walk away. They don’t worry that they’ll lose a gossiper’s respect — they know that anyone wiling to gossip doesn’t respect other people anyway.

Instead, if they decide to share a secret, they speak openly about their own thoughts and feelings. That way they’re not gossiping.

They’re just being genuine – and we all love being around people who are genuine.

9. They never jump on their soapbox.

Some people speak with much more finality than foundation. Some people think a position or “status” automatically confers wisdom. And that means other people hear…but don’t listen.

People we love to work with share their thoughts in a humble and unpretentious way. They care about what we know.

After all — they already know what they know.